30 Pilot projects of an Arab Cultural Institute in Copenhagen.
The Aaarhus School of Architecture.
May 15th - May 29th 2009

On show are 30 pilot projects including 2 large scale models, each of 12 m2. "Gardens" represent the work of more than 120 students from The Department of Architecture and Aesthetics at the Aarhus School of Architecture during 2004-05.
"Gardens" will be on show at Sharjah Art Museum during March 2006 at the exhibition NOMAD ACADEMY GOES PUBLIC and later at the Aarhus School of Architecture.
The exhibition URBAN LANDSCAPE presents student works from the departments of Anders Abraham, Nat Chard, Cort Ross Dinesen, Simon Ingvartsen, Claus Peder Pedersen (CArch) and Hans Feldthusen (AAArch) from November 12th – to December 11th.

The Department of Architecture and Aesthetics at the Aarhus School of Architecture was in 2004 invited to participate in a cooperation scheme for a new Danish project suggesting that a Nordic centre is built in Copenhagen for the promotion of understanding between European and Arab-Islamic culture.
The project is inspired by an ongoing, successful cultural collaboration Nomad Academy between Denmark and the United Arab Emirates. The initiators of the Arab Cultural Centre have pointed to the building site near Frederiksholms Kanal on the waterfront.

The collective space
With the project the department wishes to participate in a current architectural debate regarding the relationship between individuality and publicness. The students' works in the autumn of 2004 will contribute to this debate through proposals for what the concepts of the individual- and the collective space means today. This applies for instance in relation to the differences one can observe between European and Arab culture.

Study trip to the United Arab Emirates
In the autumn semester of 2004, preliminary, case-specific studies of Arab culture were initiated, followed by a study trip for the whole department to Dubai and Sharjah in February 2005. These studies have formed the basis of the exhibited projects which have been made in the spring semester of 2005. In connection with the study trip to the Emirates, the department was invited to visit the School of Architecture and Design at the American University in Sharjah.
This is where parts of the preliminary work from the department’s autumn semester 2004 were presented. This was mainly programme- and form-related introductory studies for the cultural centre, but at the same time it opened up to the discussion of the collective space.
At the same place a "Dubai Workshop" was held. It was a very successful workshop with participation of students from our department and from the School of Architecture and Design in Sharjah.

The cultural centre as integration project?
In connection with the sketch projects, basic courses were given with the intention of giving information about the general conceptual framework of the cultural centre, and also to provide specific angles on the problem areas that the concept of "the Arab" in itself requires attitudes to and thoughts about.
Potential problem areas have been: - What kind of a house is it? - Is it a religious house? - Or does the secularised European culture have greater impact? - Is it a monument to Islamic culture? - Is it an icon for Arab post-industrial economy? - Or is it an integration project? - Or is it a house that perhaps responds fairly neutrally to these problem areas, and which instead focuses on making the house function as part of the city, on making the water front function as a city?

The location of the cultural centre
The department's production of projects for the cultural centre is encouraged to develop an independent, and social and cultural agenda. Through analysis work it is our ambition to relate the cultural centre to urgent problems attached to the inner and outer city, and thereby also to the premises for allowing for new types of urban spaces.
This has meant that a number of the projects point to other locations than the site on the water front. These projects are mainly attached to infra-structural centres with the intention to tone down the cultural centre as monument, but to seek local groundwork for the house to function as integration project or as just "ordinary accessible space" at Nørrebro or Vesterbro.
The two models show buildings with the titles "x" plus "the salamander" located on the waterfront by Frederiksholms Kanal and on Enghave Plads, respectively.
The former is a project by Marie Hesseldahl Larsen and the latter by Martin Krogh Hansen and Martin Laursen.
The models have been built by students at the Aarhus School of Architecture: Tine Bottolfs, Bergling Björk Tryggvadóttir, Kristina Schjerning, Brian Sejer Bendsen, Per Ravn, x and x. 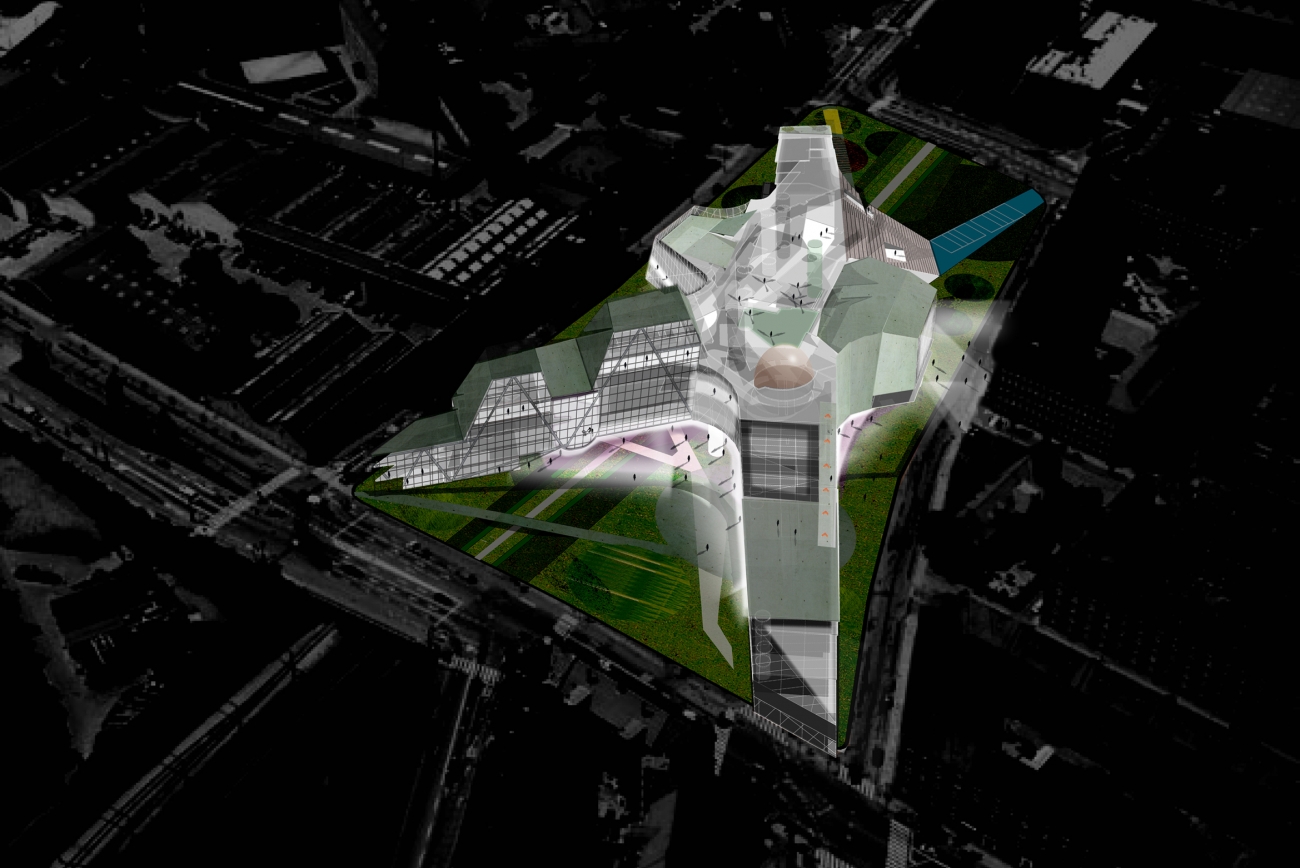 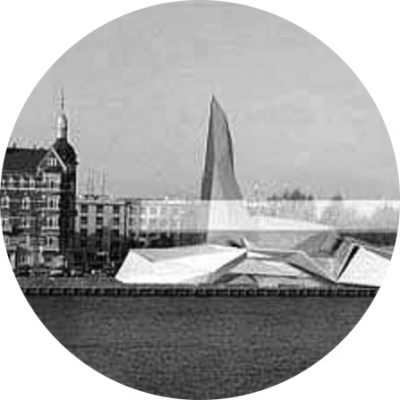